Translature is an experiment and was conceived as a literary blog. However, studying and exploring literature inevitably implies sneaking through multiple disciplines and forms of art and expressions that are intertwined. Among many other things, literature and politics often go hand-in-hand, but in some places this legacy can be much more intimate than elsewhere.

To start with, the multilingual side of Translature has not properly taken off as of yet, hence I have decided to play around a bit and ‘transfer’ some of the information across the language categories.
I have realised that there is more than one reason why I have been sticking to Italian. The first reason (and the most obvious one) is a matter of confidence with my native language; the second reason (but not the less important one) is that the further I go with publishing my drafts, the more I feel that I need to (and I want to) use Italian. I have noticed that there’s so much that needs to be translated and promoted in Italian rather than English, the latter being a language used internationally and spoken by a large part of the population around the globe. Especially in the field of postcolonial theory and contemporary literatures, which is the core inspiring topic for this blog, Italian has often come behind the ex-colonial European languages, for obvious reasons.
The Italian (regional) versus English (international) conflicts, as well as my thoughts on Translature may open up space to much writing, but I’ll cut this short and try to go straight to the point.

Some time ago I decided to contribute (minimally) and use this personal space to share some updates on the situation of the Angolan political prisoners.
Originally posted in Italian, my first though was that not much information (if any) was passed through the Italian media, the main reason being that some places are off the spotlight for a number of reasons (political, economical, etc.). Although the word-of-mouth action may be considered of little help and will not effectively save people, I still think that spreading the word can be of paramount importance: ignoring certain issues will just provide the World with a very genuine excuse to leave things unnoticed and draw a veil of silence. Facts, events and opinions are selectively filtered by media and communication systems which create a dominant mainstream.
I happened to talk to one of my co-workers a couple of days ago, a Sri Lankan-born young woman raised and educated in central Europe, and she complained that very little is being said on what has been affecting her country of origin since Independence and that there is little attention to the countless victims of the ongoing civil fights between Tamils and Sinhalese. That’s all ‘peripheral’.

It is not always easy to touch certain topics and engage conversation with people in everyday life without perceiving some sort of detachment. Certainly, the majority is not numb, people feel sorry about tragic events affecting the so-called Third World or the peripheral areas, but there is still an us and a they, a here and a there (in truth, “Those things are happening far away”, implicitly suggesting: “that’s neither affecting me nor my beloved ones, I’d rather ignore it”). However, when it comes to certain things such as spicing up our food, drinking coffee or tea, making things sweeter with sugar, planning fascinating exotic travels, then those far far-flung places suddenly become (implicitly or explicitly) very important to us. Remarkably, during the centuries of European colonial power across the globe, colonised territories were much into consideration (the object of desire) and at the centre of much western debating and negotiations.

Fifteen young Angolan democrat activists were arrested on 20th June 2015, in charge of attempted coup d’état. Current President, José Eduardo dos Santos, has been uninterruptedly in charge since 1979, succeeding first President Agostinho Neto. Dos Santos has been a former president of the MPLA, the leader party since Angola Independence of 1975. Since then, there has been a growing governmental opposition from adverse political groups and civilian activists, reflecting the increasing dissatisfaction of the population living in a poor country (in spite of its resources), overwhelmed by persistent problems that have gone unresolved for too long, and struggling for a real democracy. Recent Chinese President’s visit to Angola to sign off some economic agreements was the straw that broke the camel’s back and made activist democrat react and start preparing collective actions to overthrow the government. Some of the detainees had participated in workshops and debates focused on Gene Sharp’s From Dictatorship to Democracy, a book about non-violent methods of demonstration. It quite seems that the Government took preventive measures and arrested a group of people that were trying to say that things are not working the way they should… but is it legal? More information concerning the events is available in English, so I will not go too much into details because my intention here is not to reiterate the facts but rather to support the voice of protest.

In August, while protests  in Luanda were increasingly spreading on a large scale, 2 of the 15 prisoners attempted suicide in prison, a desperate action to break free from the unbearable state of isolation, as well as the inhuman condition of their detention. Yet, so far no punishable crime has been committed and no effective evidence has been presented to justify the detention of the prisoners.

These tactics and measures against political protests have a very long history in many parts of the world. A recent case in Angola, last May Amnesty International announced the dropping charge against journalist and writer Rafael Marques de Morais, who had been convicted of criminal defamation, targeted for his book, Diamond Blood, alleging that military generals and mining companies were complicit in human rights abuses committed in the diamond fields.

Groups of culturally influential individuals that work in different fields, have joined together to speak up for freedom of speech and though and appeal against the detention of the young Angolan democrats. They have asked for immediate freedom and respect for liberty of speech as provided by the Constitution. A series of videos were filmed with English and French subtitles available.

Since the time I published this piece on news on Translature things have got much worse. On 22nd September some of the detainees have commenced a hunger strike as an extreme sign of protest against injustice.

Together with the main concern over human rights violation, there’s another truth that comes out of it: the World is in the hands of the few. If dissident voices are imprisoned or even tortured in some countries, in other countries they are talked down by forms of subtly disguised censorship. 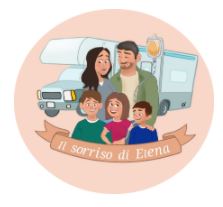